John Gottman is an influential therapist who has done a great deal of groundbreaking work in the area of marriage and divorce prediction. The work he has done on the concepts of marital stability has earned him numerous awards throughout the years, including four Scientist Awards from the National Institute of Mental Health Research, the 1994 Burgess Award from the National Council of Family Relations, and many more. His life’s work includes the publication of almost two hundred academic articles as well as the authorship or co-authorship of another 40 books.

He is the co-founder if the Gottman Relationship Institute as well as the Executive Director of the Relationship Research Institute. Additionally, he is a professor emeritus at the University of Washington. During his work with the university, he came up with The Love Lab, which has acted as the place where he performed much of his in depth research about couples and how they interact with each other.

John Gottman has several services and therapies designed to help couples work through heir problems and find the common bond that they may have forgotten about. One such service is called Marathon Couples’ Therapy, which takes place at his and his wife’s office on Orcas Island. This therapy can last from two to four consecutive days. During this time, in which the couples stay nearby in a hotel, they meet with either Gottman or his wife for 5 hours a day every day. These marathon sessions work well for couples whose schedules preclude them from engaging in longer-term therapy sessions. The point is to get quickly to the heart of the matters that are splintering the couple and find ways to move past these issues in a concentrated, efficient way.

They also offer Private Couples Retreats, which mix therapy with a world class vacation. During this time, fun activities will be merged with couples therapy designed to create more intimacy, teach the couple new ways to manage conflict, and bring about real changes in relationships that may have seemed beyond repair.

One of the great things about the information age is that you don’t have to shell out thousands of dollars to see a therapist such as John Gottman give a workshop or lecture in person. If you are a mental health professional who wants to learn more about the exciting and advanced techniques offered and employed by a real leader in the world of psychology, you can find books, articles, and even podcasts that will allow you to learn straight from the masters without ever leaving your house.

Brain C-13 Review – Can It Boost Your Mental Health within 30-Days? 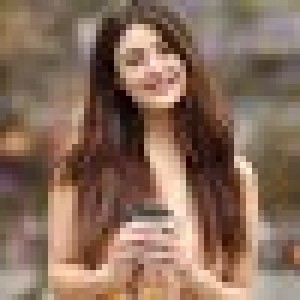